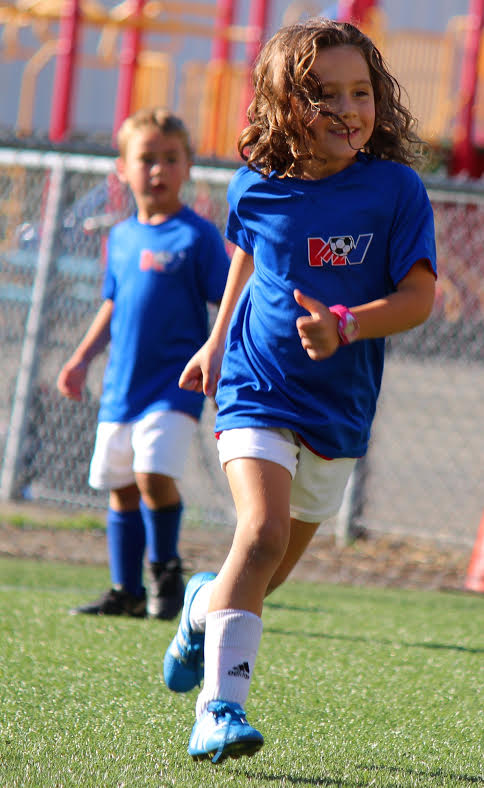 MVSC and SoccerKids are excited to announce that we are teaming up for another season of MVSC's Fall Kindergarten Recreational soccer!

MVSC’s unique format, with professional coaching oversight from SoccerKids coaching staff, creates a fun and nurturing experience for our Kindergarten players.  Register your child on or after April 1!

About SoccerKids
SoccerKids Youth Soccer School is a non-competitive program that teaches young children the basic fundamentals of soccer with age-appropriate activities incorporating make-believe and imagination.  Founded in 2002 with 25 kids, it now teaches 2,000 in SF and Marin.

Fun Facts: I’ve had a chance to play against some world class players! Sissi, Brandi Chastain, Megan Rapinoe and the Japanese National Team